Mothers in Charge, a non-profit organization is an advocacy and support group for mothers who have lost a child to homicide, “We understand the devastating effect homicide has on a family.  Our mission is to be catalyst for change and the voice for prevention, education and intervention for our community.  We will be walking door-to-door in the neighborhood that we live and love to promote non-violence and recognize National Crime Victim’s Rights Week,” said Rosilyn Temple of Mothers In Charge.  “We will spread the message of hope and support to those mothers and fathers within our   community who may have also been directly affected by violence.“

“We would like to invite all other organizations, victims’ families and community members to come out on Monday, April 7th and join us as we canvass the neighborhood to promote our efforts for a cease fire during National Crime Victims’ Rights Week and beyond,” stated Temple. 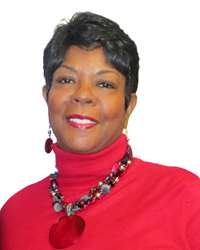 Also, on Thursday, April 9th starting at 10am, VictimNet will host a rally and resource fair that will be held in front of the Jackson County Courthouse, 415 E. 12th Street; Kansas City, MO.  Attendees will include Dorothy Johnson-Speight, Founder and Executive Director of Mothers in Charge from Philadelphia.  Mrs. Johnson-Speight along with other grieving mothers founded Mothers in Charge after the tragic murder of her son in 2001.

For more information about Mothers in Charge, visit mothersincharge.org.