Bringing sexy to your Brand may require a partner 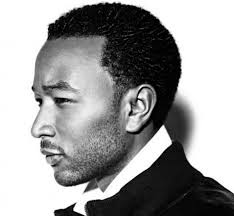 John Legend is “bringing-sexy’ to the redesigned Chevy Impala

You have to give it to the NBA, not only did they have an exciting clash of athletes that represented an old-school and new-school approach to the game in the Championship Finals but they also were the launching pad for two creative promotional campaigns.  We already talked about one of the campaigns in our blog entry, “3 Things Jay-Z and Samsung Got Right.”  Now, let’s talk about the other, the “Made to Love Campaign,” a partnership between Musician and Humanitarian, John Legend and the iconic newly redesigned Chevrolet Impala.

What our #goVividTeam sees in this campaign is…

Even though, both of these campaigns, “Magna Carta Holy Grail” and “Made to Love” have very different approaches, the process is the same…

This campaign will be just as HOT as Magna Carta Holy Grail.  Congrats to Spike DBB and Believe Media.

Posted by #govividteam  |  Comments Off on Bringing sexy to your Brand may require a partner  |  in Promotional Campaign, Uncategorized
Contact Form Powered By : XYZScripts.com